Employers should be aware of new W-2 filing deadline 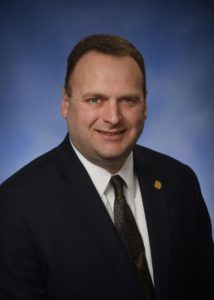 As we near the end of another year it’s easy to get wrapped up in holiday gift giving and family functions, but it’s also important not to lose sight of business obligations. Small business owners should be reviewing their finances and thinking about tax season.

One major change that should be on the radar of all employers is a new deadline for filing W-2 forms with the Internal Revenue Service. The Protecting Americans from Tax Hikes (PATH) Act, enacted last December by the federal government, means employers need to file their copies of W-2 forms by Jan. 31. The new deadline also applies to certain 1099 forms. Previously, employers had until the end of February (if filing on paper) or the end of March (if filing electronically) to send in copies of these forms.

The IRS says the new Jan. 31 deadline will allow it to spot errors on returns filed by taxpayers. Having these W-2s and 1099s sooner will make it easier to verify legitimate tax returns and get refunds to taxpayers eligible to receive them, according to the IRS. The changes will allow some tax refunds to be sent faster.

The changes made in the PATH Act also mean some taxpayers will get their refunds a bit later than normal.  By law, the IRS must now hold refunds for any tax return claiming either the Earned Income Tax Credit (EITC) or Additional Child Tax Credit (ACTC) until Feb. 15. This means the whole refund, not just the part related to the EITC or ACTC, could be delayed.

People should also be aware of a change coming next year. Beginning in 2017, taxpayers may need their adjusted gross income amount from a prior tax return to verify their identity when e-filing. Transcripts of tax returns are available at www.irs.gov/transcript.

While there are a number of changes in the law, the IRS recommends that people continue to file their returns as normal. The IRS issues nine out of 10 refunds in fewer than 21 days. However, some returns may need further review. Whether or not claiming EITC or ACTC, the IRS cautions taxpayers not to count on getting a refund by a certain date.